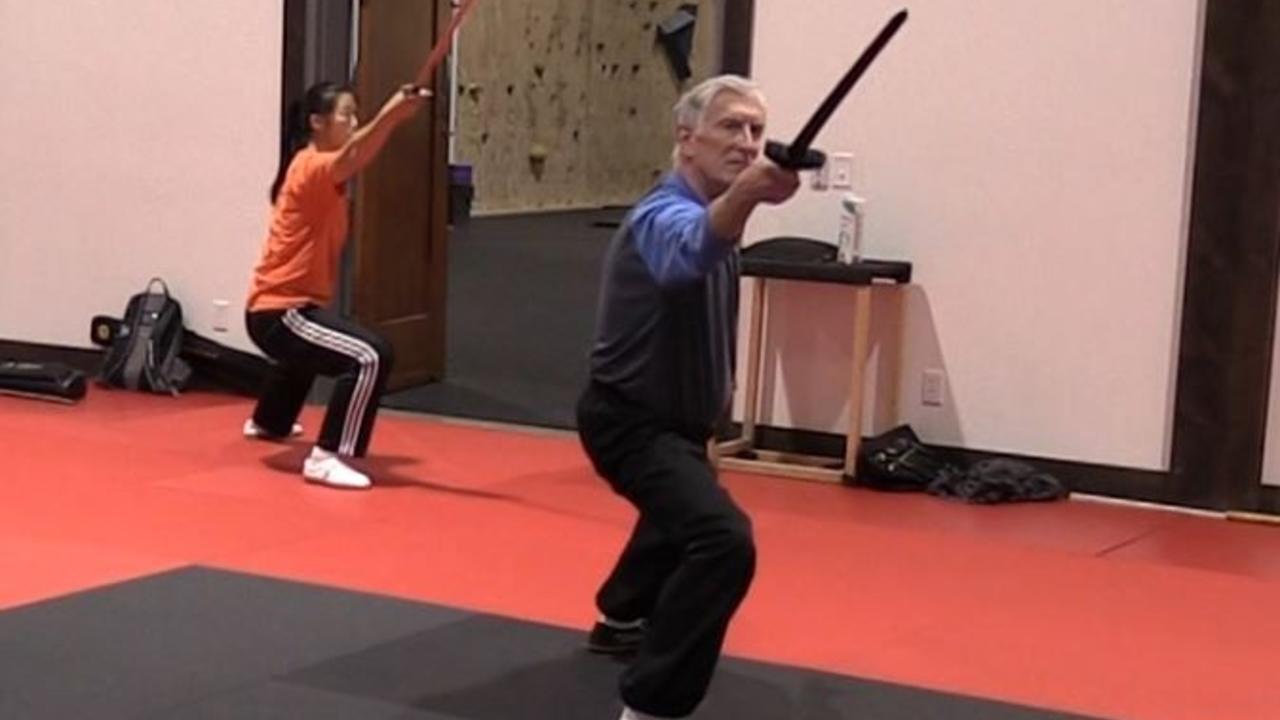 Over two days, she demonstrated each movement a few times, then led the students through the movement, carefully explaining which leg is solid, where the weight is shifting, when you should sink, how to hold the sword,...