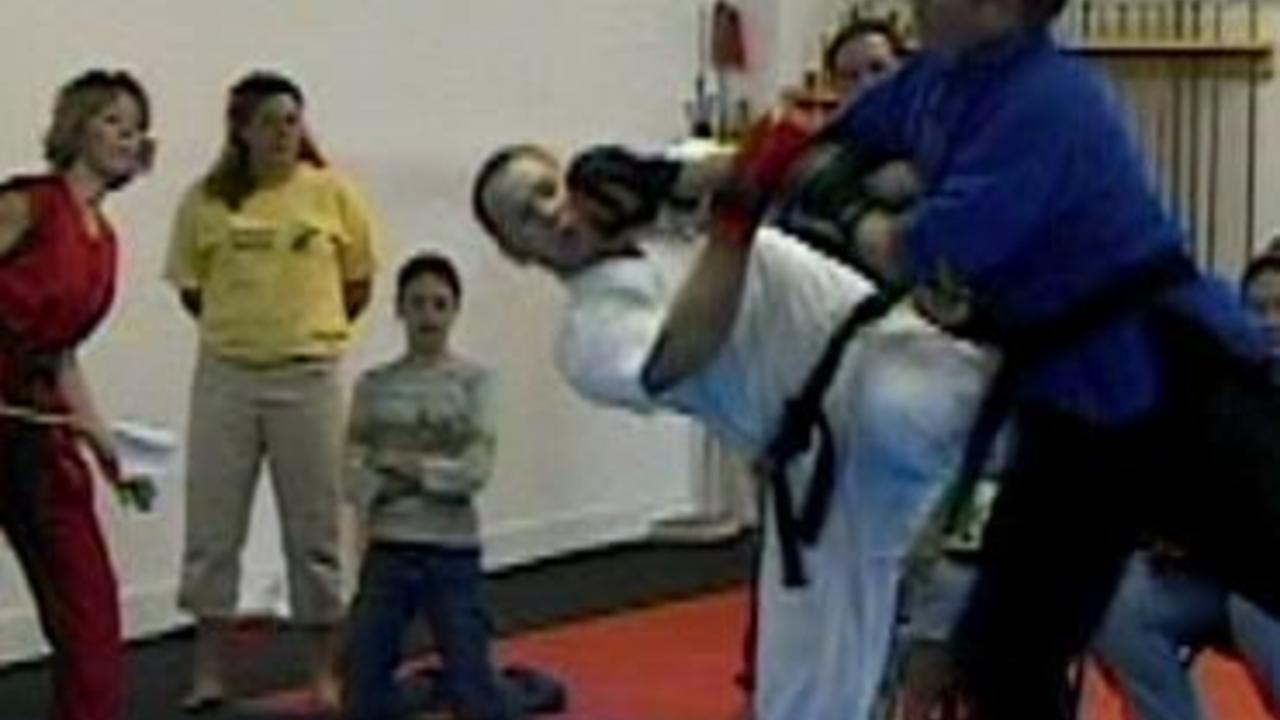 If my opponent scored a point on me, I would congratulate him. "Good shot," I would say. Sometimes, I joked around, wobbling a bit on my rubbery legs if I took a good shot.

The judges laughed, the spectators laughed -- even some of my opponents laughed.

And then, the match would resume. I focused not on what happened in the last point, and not what I needed to do in the next two or three points.

Instead, I zoned in on what was happening NOW.  I wanted to detach my emotional mind and let myself respond to what my opponent was doing right now.

Or, I would exploit a weakness and attack. I no longer got upset if a judge missed a call. I was more relaxed, I had more fun, and I won more frequently.

Dr. Jeffrey Fishbein, sports psychologist for the Chicago White Sox, was on a podcast with my friend Michael Golden. On this episode of The Golden Mean, Dr. Fishbein talks about "watching the show in front of you," and how this attitude helps a lot of elite athletes perform at their best.

In other words, be mindful and live in the moment. If you are playing baseball, don't worry about the pitch that was just called a strike. Don't worry that you might hit a grounder to the first baseman like you did last time at bat. Don't think that you might drop the next ball that is hit to you.

In martial arts, it would mean taking your ego and emotional attachment out of the game and getting into the zone, being mindful by immersing yourself in what is happening in front of you. Live in the moment.

I always try to add one more thing to the mix: have fun. If you are doing what you enjoy, why are you not enjoying it more?

This is why there is laughter in my classes. You have seen me crack jokes in my instructional videos. I got into martial arts to have fun. After 46 years, I still have fun.

Dr. Fishbein and Michael Golden mine a lot of gold in their interview, and it can be used not just for sports, but also for daily life.

If you have a chance, follow this link to listen to this wonderful interview.

Do you compete in martial arts tournaments? Ken Gullette's "Tournament Point Sparring" DVD contains tips with actual tournament clips that can help you win and bring home a trophy. Follow this link to read about it and see a clip.