Spirit - Where Quality Begins in Tai Chi, Xingyi and Bagua 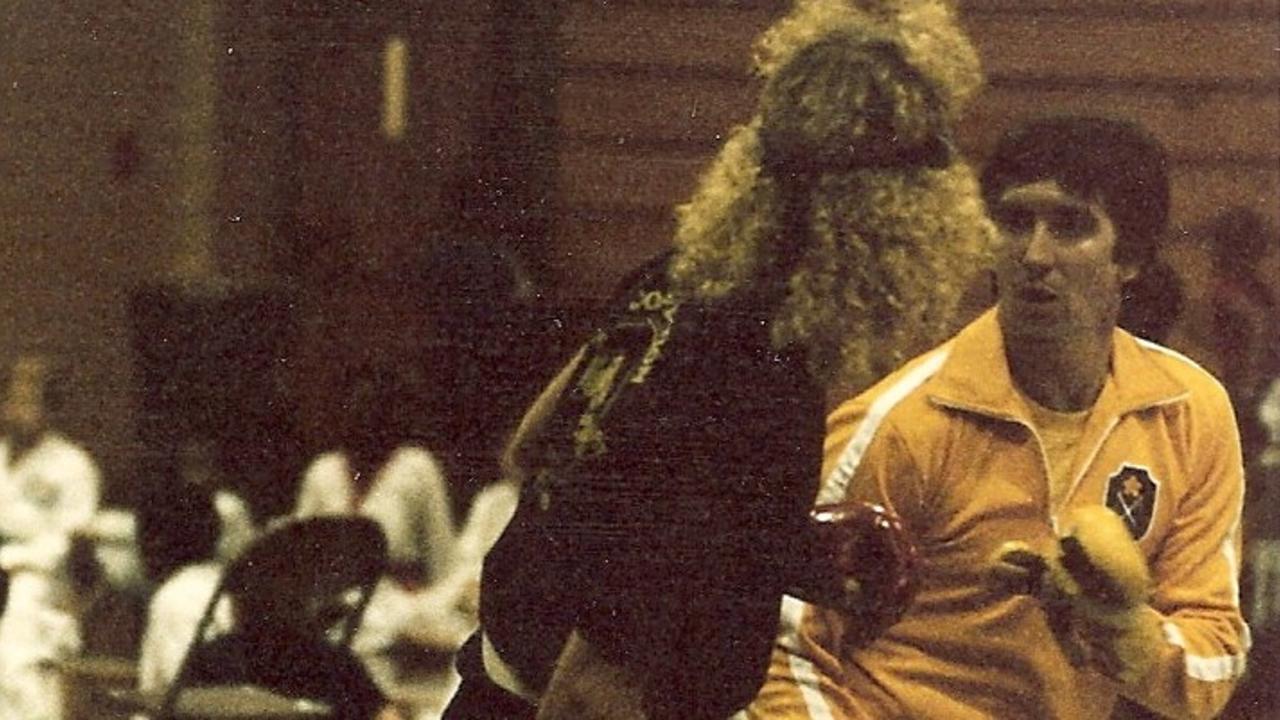 The photo above is a shot of me in a tournament in Cincinnati in 1983. I was 30 years old, and I was about to win my very first 1st place trophy in sparring competition. I have always been a late bloomer.
Do you see the look in my eyes? It's a little dark, but they are focused like a laser. The eye of the tiger. This is four years before I would begin studying the internal arts.
Some people believe that when you do Taiji, Bagua or Xingyi, you are supposed to detach your mind. They think you are supposed to become One with the Universe and eliminate any desire or any thought of winning.
Even when they do the forms, some people get a dull look in their eyes, void of emotion. They think they are supposed to be meditating.
Part of that thinking is dead wrong, and part of it is incomplete.
The Eyes Reflect Your "Spirit"
The concept of "spirit" does not mean the same in gongfu as it means at the Christian church I attended as a child in Kentucky. In the internal arts, "spirit" is called Shen. Sometimes it is called "Heart Mind."
Are you mentally prepared to defend yourself? Do you have the will to fight and win?
You have heard boxing announcers calling a fight where one of the boxers has been hammered time and again but won't give up? They say he has "heart."
At the right time, if you have to defend yourself, will you have a fighter's "heart?"
That is "spirit."
Your eyes should reflect your spirit. They should not be dull and vacant. They should be focused on your opponent, ready to intercept his attack, neutralize it and break him.
Xingyi does not always wait for the attack. Xingyi is aggressive and takes the opponent's ground. Xingyi does not take any crap. And your eyes reflect it.
In doing Taiji or Bagua forms, you are focused. You don't stare blankly at your hands, you are watching your opponent and your target.
When doing forms in any of these three arts, you are working on the energy and body mechanics of the self-defense applications. It is NOT moving meditation.
Like the hit song from the "Rocky III" movie, you should have the "Eye of the Tiger."
That was a great movie. 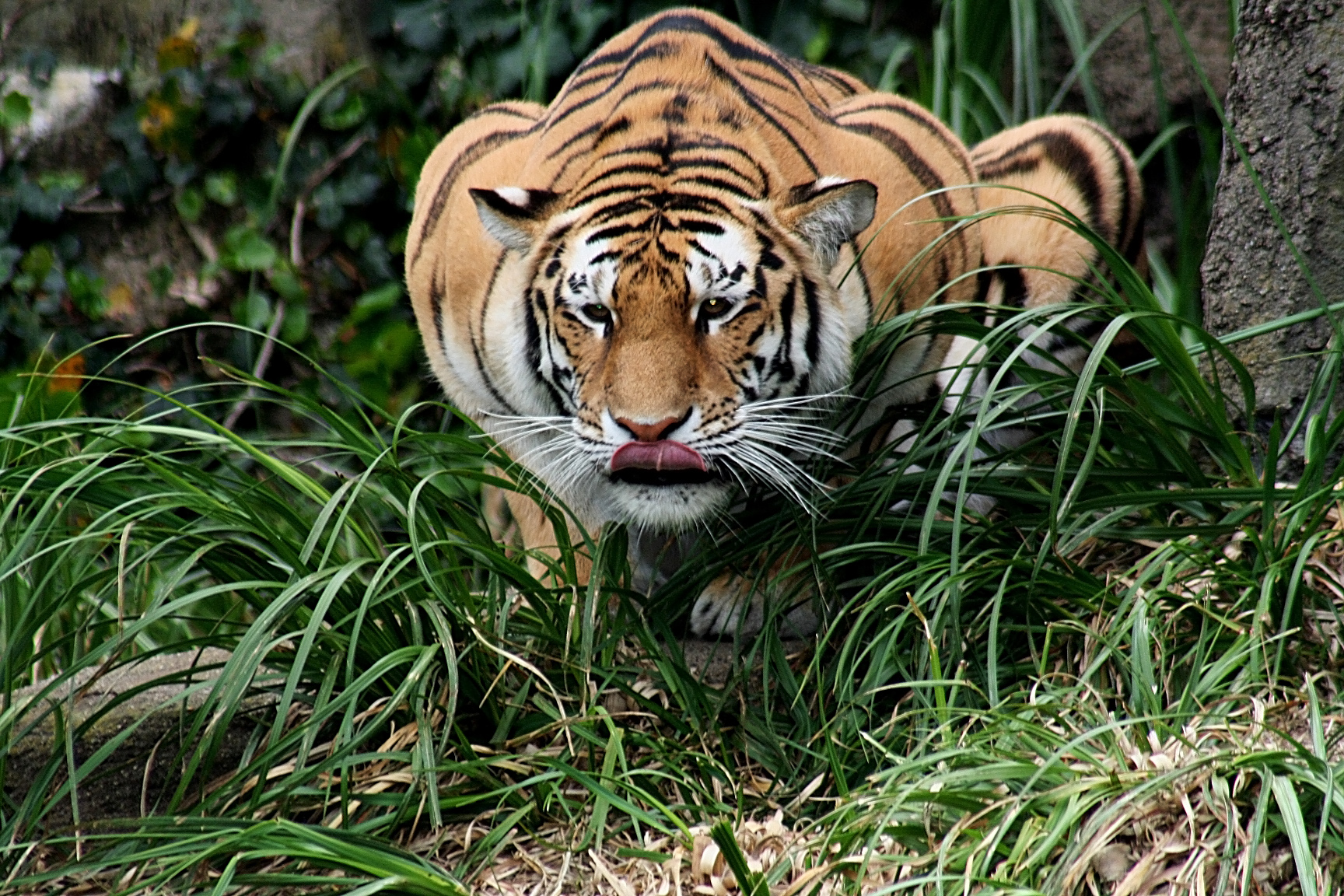 A tiger does not judge its prey. A tiger does not feel anger or fright. A tiger sizes up its target and waits for his opportunity, hunkering down, closing in, storing his energy so he can release it as he springs out to attack.
I sometimes think of eagles when I'm doing the forms. I am focused and ready.
I don't spar as much as I used to for obvious reasons, but I sparred for a brief match about three weeks ago. It felt great, and my student said, "Ken brought the heat today."
One of the things I do when I spar is "connect" with my opponent. I put my ego aside. I never get angry and I try to rise above that type of emotion.
But I am watching his every move with a focus that means when he begins an attack, I already know it's coming. I "become" my opponent. My goal is to know what he is going to do before he does it.
The Eye of the Tiger
One of the ways of defeating an opponent is to disrupt their spirit. Scare them. Make them overconfident. Some people do that by screaming as they attack. Some do it by acting as if they are tired or weak or injured, making their opponent feel too confident and as a result, more vulnerable to a sudden attack.
From my first teacher, I learned a sparring technique. When your opponent attacks, you jump into the air and "Kihap" or "Kiai" (scream or shout) loudly.
Very often, it will put the fear of God into your opponent and he will duck and cover, giving you a window of opportunity to strike. It really works.
When your "spirit," your Shen is strong, you are mentally prepared to fight. And with a strong spirit, your Yi (mind) directs your Intent, your Intent directs your Chi, and your Chi directs your Li (strength).
You don't have to believe in Chi as a scientific reality to see the sense in this process.
If the mind is not ready, the Intent, the body mechanics and the Strength cannot possibly be at a high quality.
This is why I tell my students to think of the body mechanics and fighting applications when they do their forms. You get out of your art what you put into it.
Your "spirit" is where it all begins.