Song in Taijiquan - A Relaxed State of Readiness 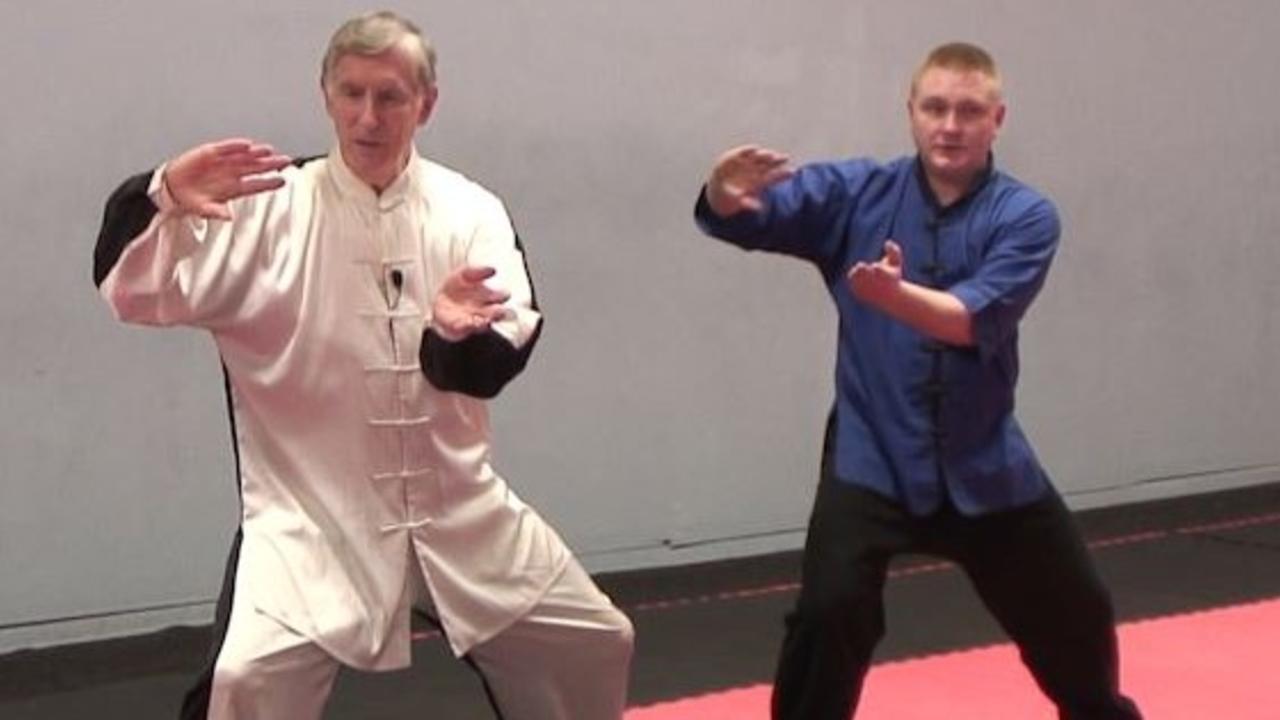 The picture here shows me and Colin starting the movement "Six Sealings and Four Closings" from the Laojia Yilu form.
One of the problems I see in a lot of beginners, and even people who have been in the arts for a while, is a lack of peng throughout the body during movements or postures.
It is not just a problem in Taiji, but I also see it in students doing Xingyi and Bagua.
It is common to see someone in a yang movement with the "attacking" hand, and the rear hand has lost its peng. It is limp. There is no "song."
The word "song" to me means "a relaxed state of readiness."
I recently saw a Yang-style practitioner doing the Yang 24 form. He did "Brush Knee Twist Step" and his lower hand was held with fingers pointing downward. There was no peng in his hand and it was hanging limply with the fingers hanging toward the ground.
I pointed out that if his hand was this way when someone kicked him, he would have some broken fingers.
He had never considered that the lower hand was blocking a kick while the upper hand was striking. When you block a kick, you don't do it with your fingers. There are other possible applications, too, but none of them involve a limp hand.
Even when he did the opening movement of the form, his hands were limp when they dropped down to waist-level before the second movement.
This is the way a lot of Taiji is taught these days. And, if your teacher says your fingers should be pointed at the ground in that movement, I guess you need to do it the way your teacher says.
I tend to reject things that don't make sense from an application perspective.
So here is another, in my opinion better way of looking at it.
It is Like Playing a Piano
When you do your internal movements, think of the energy going through your hands as if you are playing a musical instrument such as a piano or guitar.
At the end of the Opening movement, when your hands are in front of you at waist-level, and your fingers are pointing forward, the energy in your hands should be in a state of relaxed readiness, the same as if you placed your hands on the keys of a piano and were about to play.
You can't play a piano with limp hands. And you can't play with tense, stiff hands.
Your hands need to be ready and with just enough relaxed readiness to spring into quick action. There must be energy through every finger.
So it is with the internal arts. At all times, you must be ready to defend in all directions.
The next time you practice a form or even just a movement, break it down and be aware of the "song" through your body, including your legs and your fingers. Maintain your relaxed state of readiness at all times.