How to Impress -- or Disappoint -- Your Martial Arts Teacher 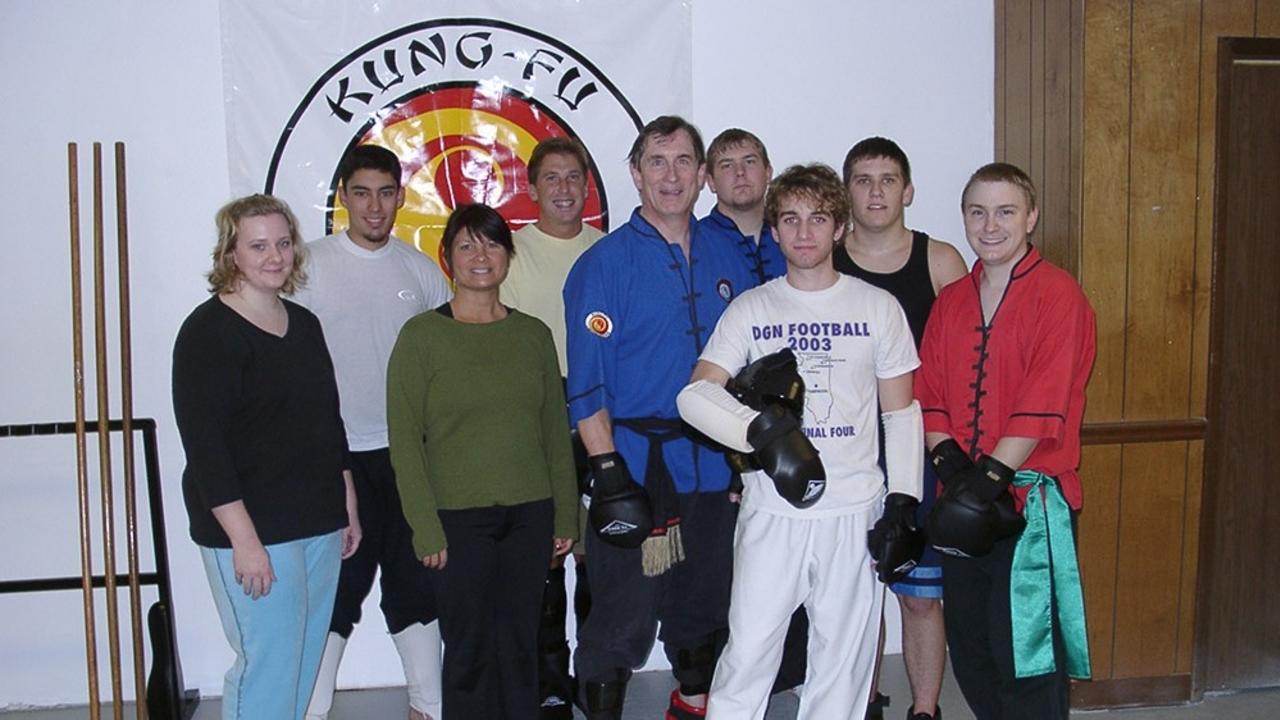 I taught a journalism course at a local university in 2016, both the spring and fall semesters. It was my first experience teaching. I do not have a Masters, but I had enough experience in journalism (I won a few Associated Press awards during 22 years in news) that the department chair thought I would do a good job.

The students filed in on the first day of my first class. I spent a LOT of time working on an entertaining and informative PowerPoint and lecture.

A couple of students looked at me, smiled and said hello as they found a seat. Most of them walked in without acknowledging me, found a seat, and began staring at the computer screen that they each had on their desk. There was no attempt to engage by most of the students.

But a college setting was different.

It was fascinating, watching some students trudge into the class each time, heads down, never looking my way to say "Good morning." Some of them rarely looked at me during class.

And when I gave a reading assignment, and the kids slogged in for the next class, it was surprising just how many of them had not bothered to read the assigned chapter.

I would ask a question in class and no one would answer. I sometimes stood there asking, "Bueller? Bueller?" Some of them didn't even get THAT joke.

When I was in school, I enjoyed being the class clown. I would crack jokes that would make the teacher and other students laugh. That is also how I am as a teacher.

I bought a bag of candy bars. I told the class that if anyone disrupted class with a smart-ass comment or a joke, they would get a candy bar. I was encouraging them to be engaged and crack jokes.

Peer pressure is an incredibly powerful force. I did not give out much candy.

The university cost $28,000 a year -- just for tuition. There were a handful of students who tried. I wondered why the rest of them were there. Why were they spending the money and not trying? Why were they not engaging?

Some students turned in assignments and did not even know that the letter "I" is capitalized when you write, "I rode the bus."

By the time I completed my second semester, I was ready to stop teaching. I was working at least 40 hours a week to teach three times a week. I figured out that my adjunct teacher's salary amounted to less than $3.00 per hour. And that was before taxes.

I used humor and real-world examples, and I taught them news-writing concepts and principles only to see them turn in papers that loudly screamed, "I did not pay attention to one word you said in class."

I could not see what was on their computer screens, and I took the position that I was not their father. If they wanted to surf Facebook, they were all over 18 and could make that decision.

But on the days when one or two students would be involved, engaged, and speak up, it lifted me up. It felt as if I was reaching someone. Over there in the first row, there was one person who was making eye contact. That person would benefit, and would perhaps have a better start to their career because they were actually listening.

It doesn't take much to make a teacher happy. All you have to do is put in a little effort.

On the last day of class, I told my students I would wear a psychedelic shirt from my college days in 1973. I made good on my promise.

The same is true in a martial arts class.

I have been teaching martial arts now for more than 21 years. My classes are very small now. I do not recruit new students very often. I am content to teach a handful, and as I do, I work on improving my own skills. I am not interested in teaching a large group unless it is a workshop.

There have been students through the years who will learn something in class and then show up the next class and I will ask, "Did you practice what we went over last time?"

They shake their heads no. Work was too busy, or I didn't have time, they will say.

As a teacher, it is an empty feeling.

If I spend my time and my physical and emotional energy showing up and teaching you, but you do not have the interest to carve out a little time each day to practice, it is a reflection on just how seriously you take the art, and how serious you take my time.

And then there is the student who practices, and he comes in, excited to show his own progress, get corrections and continue moving forward. He asks questions and describes any problems he is having with a movement or a technique.

In class, if you teach this student something new, and then you back off to let them practice it, they continue practicing it until you are ready to continue. He does not stop and stand around.

That is the type of student who makes a teacher happy to be alive, and excited about teaching.

The first martial arts class I enrolled in was in 1973. I went home that night and practiced the punches, blocks and kicks that we went over in class. At the time, I was a student at Eastern Kentucky University, living in Commonwealth Hall. I spent at least an hour each day doing punches or kicks in my dorm and doing my stepping, punching and kicking down the hallway, then back to my room, then over and over again.

In 1987, when I started in the internal arts, I was the father of two daughters and I worked as a TV news producer in Omaha, Nebraska. I found an hour a day to practice when I was not in class.

And after I started teaching in 1997, I practiced up to six hours a day on weekends, working and working to get better. When I visited my teachers, I wanted them to know that I was working on the material. And since I was teaching, I felt a certain pressure to be very good.

One of the students in my journalism class paid attention, spoke up, and came up to me after class with questions. When he walked in each day, he looked at me, smiled, and said hello.

Joe worked as a bartender at my favorite local Italian restaurant, Lunardi's. Months after the spring semester ended, I walked into Lunardi's to pick up a carry-out order and Joe was behind the bar. He was glad to see me.

"I just want to tell you how much I learned in your class," he said. "What you taught me is really helping me with the advanced journalism course I'm taking now. You are one of the best teachers I have ever had."

It would be difficult to describe how his comment lifted me up. I think I was beaming with pride and joy as I left the restaurant.

Being a good student -- in high school, in college, in a martial arts class -- is not necessarily about being the most highly skilled in your class.

Being a good student is about showing up and trying, and practicing the material outside of class. And not just practicing it, but thinking about the movements, principles and techniques. Slowing them down. Feeling it.

Studying martial arts is like a college class. The work you do outside of class is more important than the class itself.

Being a good student is about valuing your teacher's time and effort by putting in some of your own.